Updated for 2020 macOS 11 Big Sur. With over a year and a half of refinements I can definitely say I am onto a wining minimalist formula. This has been my go to preset since day one. Hope you enjoy the read

After spending about a month with a new Macbook, I think I’ve got the Touch Bar figured out.

Let’s start off by saying I was incredibly apprehensive upfront. I’m the kind of person to research any tech products endlessly. And if you weren’t already aware - there is a very vocal crowd letting Apple know of their Touch Bar displeasures. But let’s just say after just the first couple weeks using the Touch Bar I got over the apprehension. Yes - its not perfect, but for the most part it works fine. And, very rarely, it can be slightly more useful than the old fn keys.

It only took a couple days for me to start getting annoyed by the fact that volume and brightness controls took one extra click than before. Even the sliding gesture still felt less efficient and more finicky than the previous raise and lower fn buttons.

BetterTouchTools is like the Swiss Army knife of Mac apps. For under $10 I don’t think you can find a more featured packed tool. It provides improved window snapping tools, trackpad gesture improvements, better keyboard shortcuts, incredible Touch Bar customisation and much more.

They provide a generous 45 day trial as well - but trust me it won’t take you more than a couple days to realise how great this tool really is.

Get it here - BetterTouchTools - Great Tools for your Mac!

After a bit of testing using different presets from the super popular GoldenChaos, to more minimal setups like Minimalist I managed to find what works for me.

The issue with GoldenChoas was just that it was too feature rich. It comes with hundreds of widgets. Most of which I didn’t really need.

Minimalist was great. My setup is pretty much a simplified version of Minimalist.

Heres the thinking behind my setup.

Escape Key - On the left I only have the esc button. Using esc to exit out of fullscreen, or annoying popups is pretty much as simple as it was before with real fn keys. It no longer takes effort to aim and click precisely on the Touch Bar to ensure I don’t click a neighbouring widget. Now I just roughly slide my finger in the upper left hand area to press esc

Media Widget - The centre is where my media display section. I’ve set the TouchBar to display details on the current song I am listening to on Spotify (or Music). A long press of the widget skips the current song, and a short click opens up the Spotify/Music window. If no media app is open, the middle section of the Touch Bar is empty.

The Play/Pause button next controls the current media app. And as a bonus if no media app is open it is set to open up Spotify/Music and start playing from where I last left off.

Time - Yes - its very minor - but not having to mouse up to the top to show the Menu bar time comes in handy all the time.

How to Install UltraMinimal Preset

Once you have BetterTouchTools installed open up the BTT app. 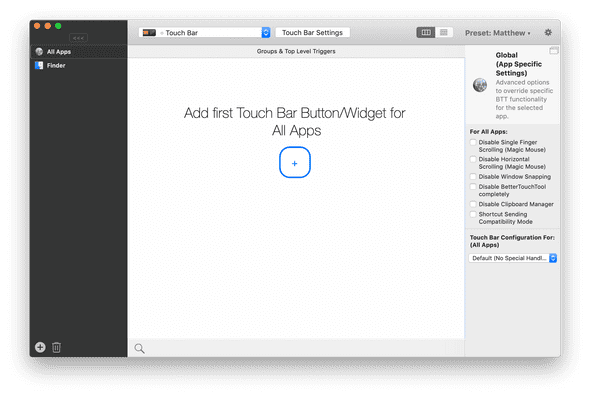 And that’s about it. Feel free to tinker with the widgets to suit your needs.

Most of the settings should have been set with the import of the file, but if funny things are happening just ensure that the following settings are correct in the Touch Bar Settings. 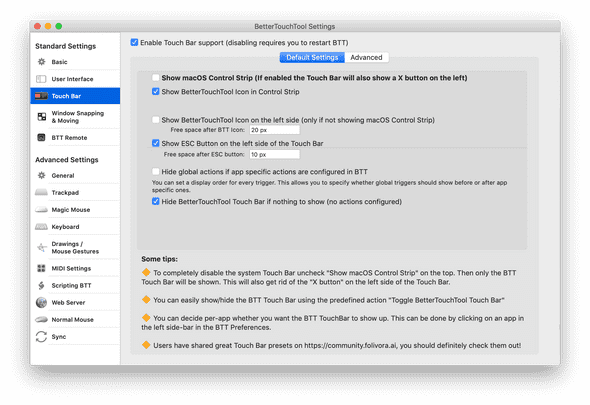 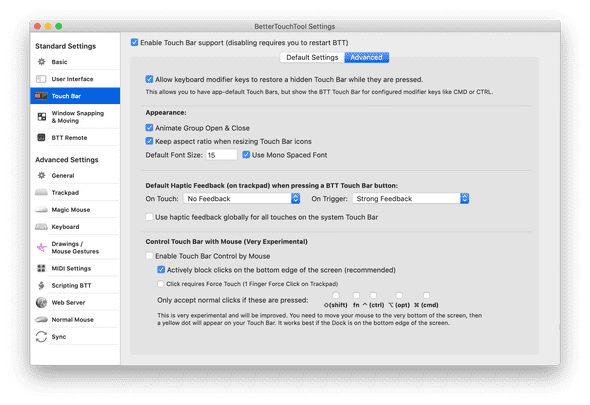 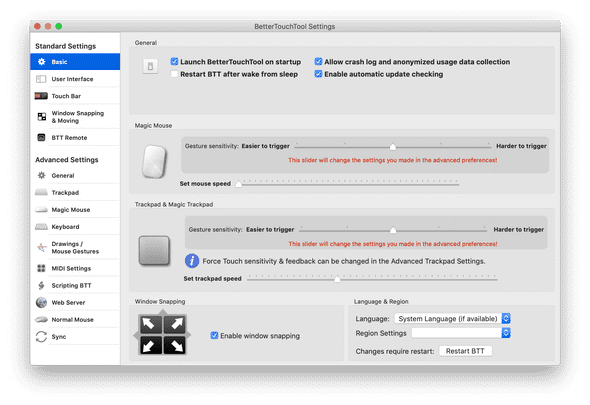 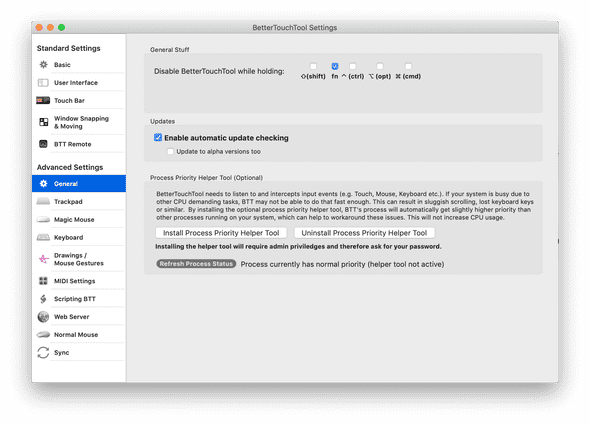