The z-shell (or zsh) is an alternative to the bash shell most Mac and Linux developers are familiar with. On top of providing a bunch of extra functionality, it also gives you an easy way to customise and theme it to your liking.

Heres a taste of what to expect 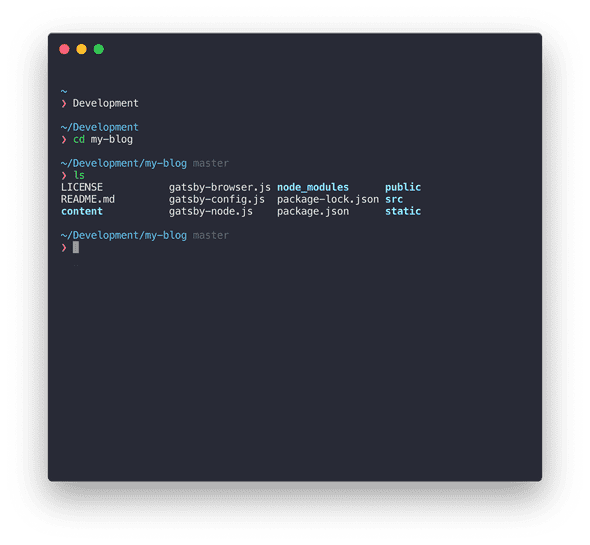 Before we get set up we’ll need to have Homebrew installed. Homebrew is a package manager for macOS, similar to apt for linux systems. It simplifies the installation of many software packages by automatically installing any dependancies and managing PATH variables.

Other prerequisites include having npm and git installed.

Open your terminal and run this command.

To unlock the full theming capabilities of zsh you will need an upgrade on the default MacOS Terminal app Here are the two popular choices - iTerm2, or Hyper.

Hyper is my app of choice though. It looks absolutely fantastic and also provides some of the more useful improvements including an improved right click menu, better split tabs and improved copy paste.

We then need to set zsh to be our default shell.

To test your install, restart your terminal and run zsh --version. Some version details should be displayed below the command.

Oh My ZSH is what we use to manage our z-shell configuration and theming. Its a very popular Github repository with almost 10k stars, so finding support if you ever run into any minor issues should be a breeze.

Start the install with this curl command in your terminal.

Once installed you may need to restart your terminal to see any changes. For now the UI changes are minor, but let us test it out by trying this nifty shortcut.

Previously to change directory you would go cd <directory>. ZSH makes cd optional - so now all we need to do is type <directory> .

This is just the tip of the iceberg when it comes to what we can do with our improved shell.

ZSH makes it incredibly easy to update the look of your shell. You can find hundreds of community published themes here or here.

To get my exact look we need to install the Pure theme. This is done slightly differently than below - but you can get pretty close using just this method.

Generally changing theme is as simple as changing one line in the ~/.zshrc file. By default the theme is set to robbyrussel.

You can change it by going to your home directory with

And then opening up the .zshrc file. Edit it straight in your terminal with vim if you are comfortable doing that. Otherwise open up the directory in finder with

Then open the .zshrc file with any text editor. By default the .zshrc file is hidden. You can view hidden files with this shortcut - Shift (⇧) + Command (⌘) + Full Stop (.)

Now replace this line with the theme of your choice

Save the file and restart your terminal. If you’ve done everything correctly you should be seeing your new themed terminal.

Syntax highlighting allows the terminal to give you live feedback if it knows the commands you are typing. Green commands exists, red don’t - pretty much simple as that. This can be very useful to catch typos, or quickly check if you have some commands installed or not.

Syntax highlighting with zsh is again another one-liner

Pure adds some extra functionality as well as a beautifully clean theme. Most of the functionality revolves around adding improved git information.

To install Pure, first set your

The initialise the prompt system with

Restart, and viola, you should have a sleek theme with improved git integration.